How satellite data can help us understand spatial patterns of agricultural productivity through time. 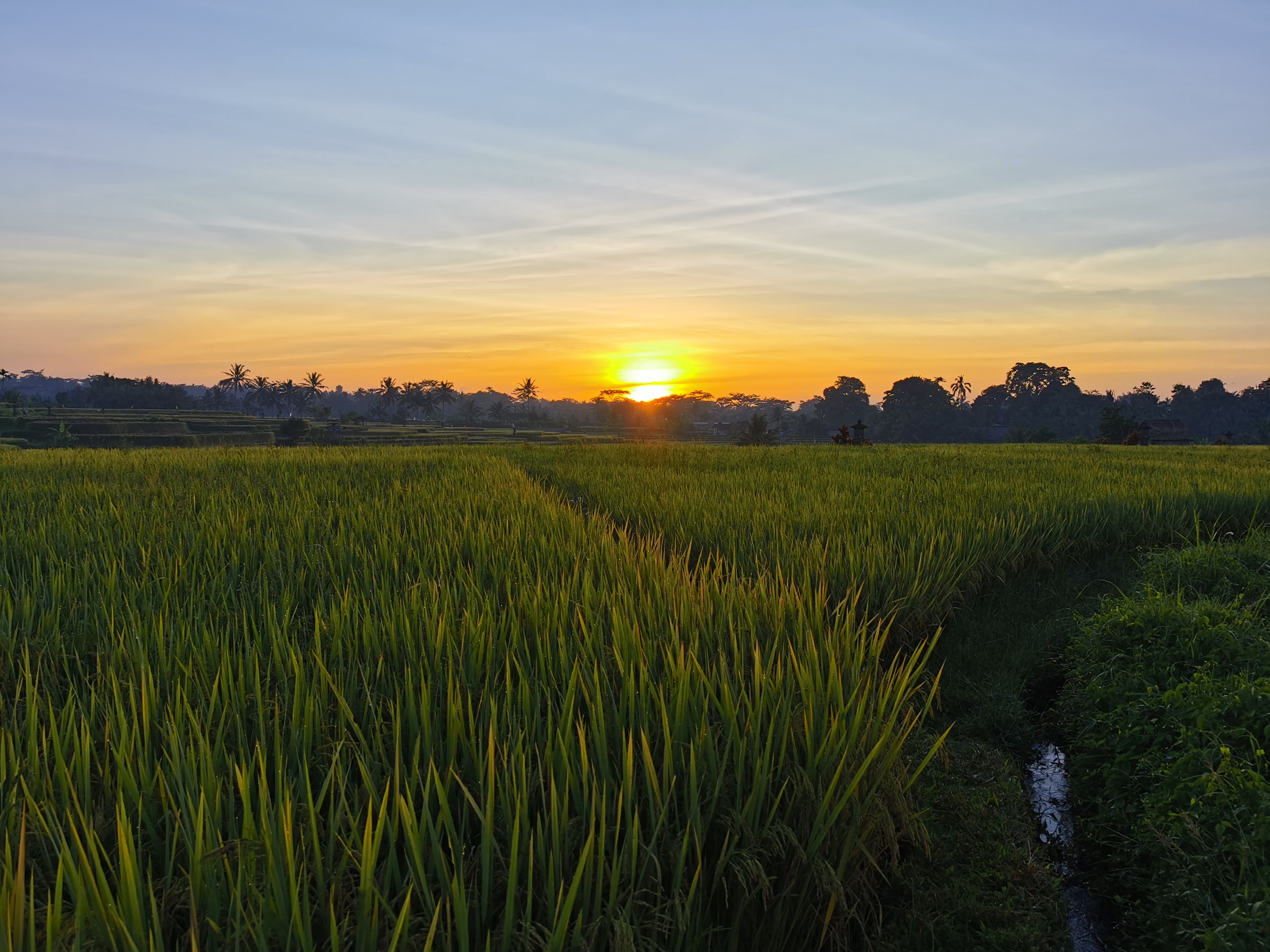 Floodplains have considerable potential for rice production, off-season vegetable cultivation and livestock rearing in Burkina Faso. The lowlands development program in the South-west region and Sissili was designed to contribute to improving food security and reducing poverty in rural areas through better exploitation of this agricultural potential. Under the FC financed program, field embankments were constructed that allowed water regulation in the rainy season and restore groundwater levels to improve rice and vegetable production. 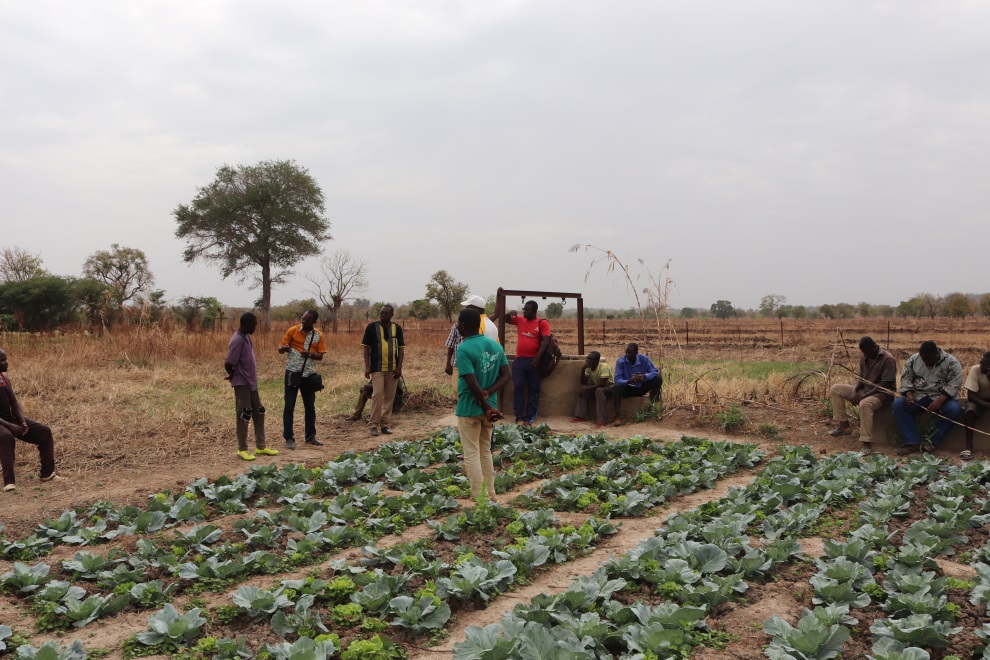 For the purpose of an FC ex-post evaluation satellite data was used - complementary to conventional qualitative field evaluation methods - in order to estimate and visualise the development of crop productivity of the land under concern. An assessment of the Normalised Difference Vegetation Index (NDVI) for rice cultivation areas was conducted based on data derived from satellite images to quantify the differences between areas that were subject to the intervention (program) and so-called control areas that have similar characteristics (e.g. with regard to agricultural production, socio-economic aspects of households), but that were not part of the intervention itself. 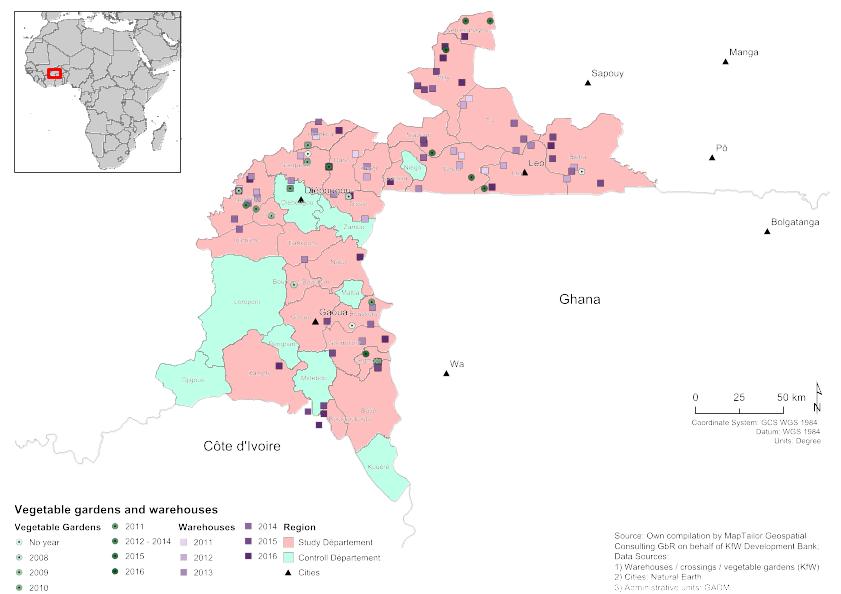 Figure 2: Intervention and control departments and spatial pattern of vegetable gardens and warehouses.

Figure 2 shows administrative departments with interventions (pink) and without intervention (control departments, green). Given that only point data was available as geo-references for the intervention sites (instead of polygons for the fields), the administrative departments were used as the level of analysis. The NDVI expresses the vigour and vitality of green vegetation and can be used as a substitute indicator for active cropland with higher vegetation productivity than barren or fallow land. The analysis took into account rainfall data of the time period under concern by including an estimate of the rain use efficiency, one important factor that determines crop productivity of land. The frequent reoccurrence of droughts in Burkina-Faso can potentially impact the assessment of vegetation productivity using vegetation indices from satellite remote sensing. By considering the effects of precipitation (rest trend), such impacts were sought to be minimized. The NDVI rest trend (looking at the rest trend that is not driven by the rainfall pattern) analysis looked at the differences between the intervention and control areas and the different points in time - before and after the intervention. Thus, NDVI, rain use efficiency and rest trend analysis were combined.

The results were visualized in graphs and a map (Figures 3 and 4). They indicate a rice production increase in both the program intervention and control areas. The increase of cultivated areas (Figure 3) in intervention departments is about 10 percentage points higher (statistically significant). The spatial pattern of changes in land productivity indicates an improvement of productivity in most of both intervention and control areas, especially in the southern departments (Figure 5). 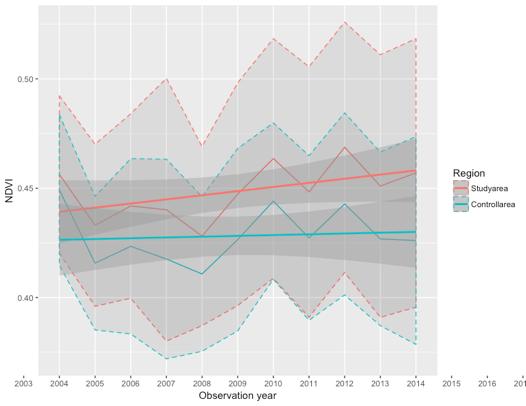 Figure 4: Change of NDVI of rice cultivation area (lowlands) in the observation period 2004-2014. Average NDVI (straight lines), and standard deviation (dashed lines) are given. Linear trend line (bold) is given.

It has to be noted that the positive effects on vegetation density cannot be attributed to the program alone because of the difficulties to filter out other effects, e.g. other donor interventions such as the Rain-fed Rice Program, Small-scale Irrigation and Water Management Program, and the Agricultural Intensification Project through Water Control in the target and control areas (no geo-referenced data available). Nevertheless, the map (Figure 5) is helpful to visualize in the context of the evaluation where land productivity has improved between 2004 and 2014 and where a degradation process took place. 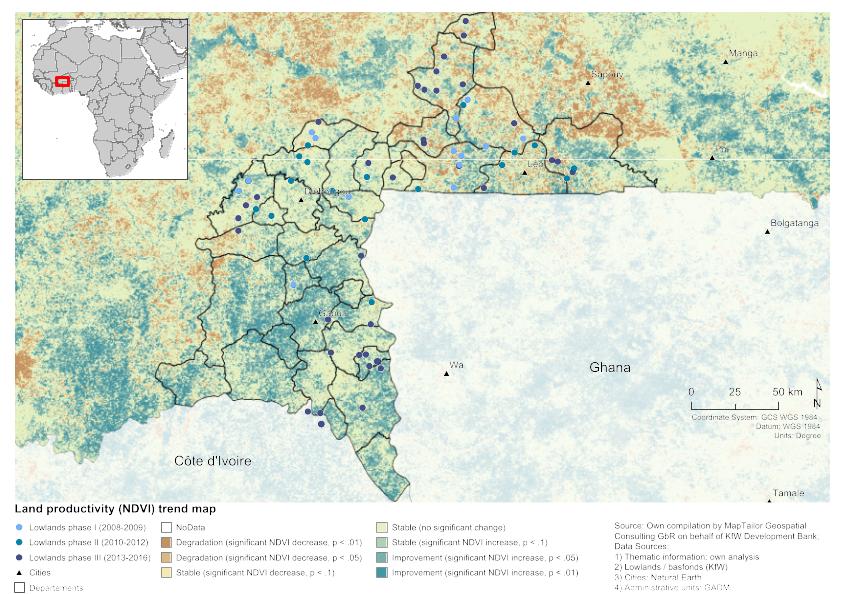